I am investigating an intriguing find made during my research. When the name 'Charles Aznakian Vertanes' keeps coming up in the oddest of places, it warrants additional research time. A major proponent of the post-WWII repatriation, he was instrumental in helping many American-Armenians leave the United States for Soviet Armenia. He is the author of "Armenia Reborn" and high ranking officer of the 1940s Armenian National Council of America. Earlier this year, I found out that Crosby Phillian, a 14-year old New Yorker on the second 'caravan' to leave the US had an autograph from Charles Vertanes (see photo), then later I find his name popping up in Crosby's father's soviet secret police papers in the Armenian national archives. I am now conducting a FOIA request on the man in our national archives. Because of the backlog it may be over a year or two before I learn anything.

A worthy son of a worthy father who has worked as enthusiastically, sincerely for the Armenian cause through the Armenian National Council of America. With best wishes for a successful and useful career in the land of our fathers.

(his name also signed in Armenian) 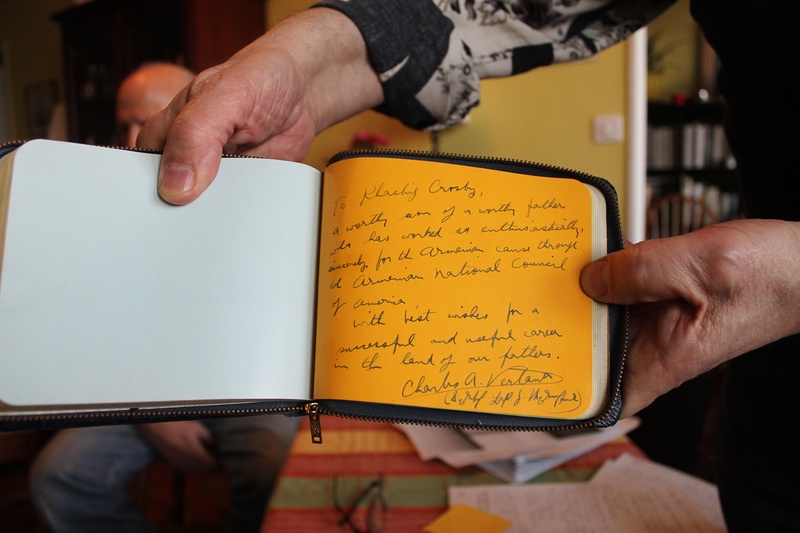 Reply Marcine Vertanes Fiorillo
1:22 AM on July 13, 2015
Charles Aznakian Vertanes was my father. He passed away when I was 10 years old. He was an amazing man.